How You Fail Determines Whether You’ll Succeed 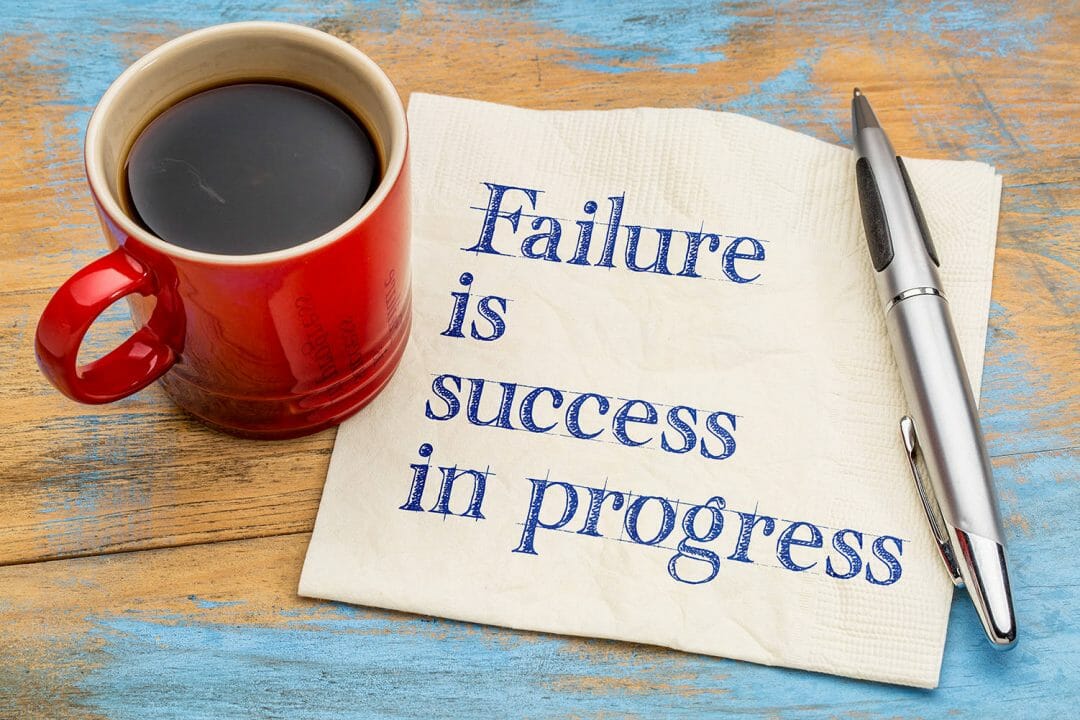 Failure is inevitable when we try something new. It feels negative. It’s up to us to learn to act quickly on what we learn through failure in order to succeed and transform the negative into the positive. That’s not just grist for the inspirational poster business. It’s supported by academic research.

Two of the recurring aphorisms you’ll hear in the venture capital and innovation worlds are:

Researchers at Northwestern University set out to understand the difference between simply trying again and succeeding. Their analysis supports the contention that success is a product of a rapid pace of high-gain learning (emphasis added):

To simply “try, try again,” for example, is not enough. The data show that individuals below the learning threshold made just as many attempts as those above, and likely worked even harder since they insisted on making changes to their perfectly good earlier attempts. But this hard work was fruitless since it wasn’t incorporating past tries.

For Wang, the lesson is clear: people should place a high premium on feedback, as well as on lessons they learn through failure. “These are two very valuable assets you now have to launch another attempt,” he says. But the study reveals that they’re only valuable if you can incorporate them into new attempts, bearing out the Silicon Valley mantra that “failing better” is key to success.

The study also dispels some of the mystery behind who succeeds and who doesn’t. The researchers found that the learning ability of a given entrepreneur, scientist, or terrorist can be discerned by simply measuring how much time passes between their first few attempts.

Learning means adapting to the environment as a function of feedback. There are two kinds of feedback:

Learn efficiently by incorporating both kinds of feedback in your work:

Most of us are pretty good at seeing and hearing reinforcing feedback. However, our tendency toward confirmation bias can blind us to valuable balancing feedback. To make sure that we get the full benefit of feedback, we need to learn to ask high-gain questions:

Act On What You Learn with Alacrity

It’s not enough to gather feedback. The cycle of learning isn’t complete until feedback is reflected in our thinking, decisions, and actions. The relative pace at which we initiate experiments, observe the results, revise our approach, and act again is a key determinant of competitive advantage and success.

An imperfect start followed by rapid iteration that reflects reinforcing and balancing feedback beats what one successful entrepreneur we know calls, “polishing the turd.” To reach our goals, interim failure is unavoidable. If we can learn and act on failure quickly, the pain will be shorter and less expensive.

Why Do Some People Succeed after Failing, While Others Continue to Flounder?

Notes from The Mom Test

Get insights regarding process automation, conversations, and community delivered to your inbox.